The Parkville House is a traditional double storey Victorian terrace house converted into a three level residence. Capitalising on the site’s pre-existing conditions, the response not only retains and celebrates the existing heritage fabric and neighbourbood character; it also offers a contemporary and contributory interpretation to the surrounding heritage architecture.

The new design retains the original section of the residence that fronts its primary street address, with three levels of accommodation set in behind the original facade now possible following the removal of more recent extensions deemed non-contributory from a heritage perspective. The living, kitchen and dining areas are at ground floor entry level and extend through to what becomes a mid level within the recently added extensions. The natural ground levels within the site fall away to the rear boundary’s right-of-way access. This has enabled an additional level of living room space to be accommodated, not only better utilising the natural terrain of the property but also giving access to the rear courtyard and parkland spaces beyond.

All bedrooms have been accommodated at the upper level around a central courtyard, drawing natural light directly into centrally located facilities of the residence.

The new design is contained to the rear of the property; and from a built-form perspective reflects the shapes and textures of the rear streetscape in an interpretative response.

Vertical timber sections have been incorporated into the treatment of the facade as an interpretative reference to the site’s natural surroundings and the immediately surrounding built environment. Traditional forms such as the skillion roof and the implementation of more traditional window openings have been referenced in the facade in a manner that provides a level of articulation consistent with the randomness of the existing streetscape. Collaborative discussions between planning and heritage authorities have successfully resulted in a cohesive contemporary outcome that allows the original building forms and fabric to be celebrated. 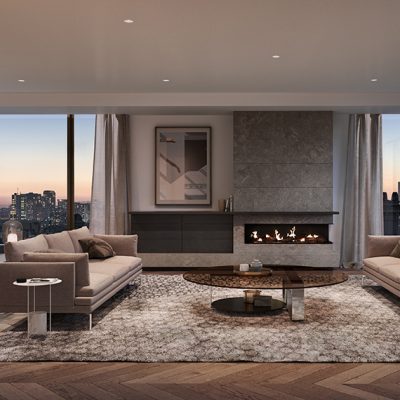 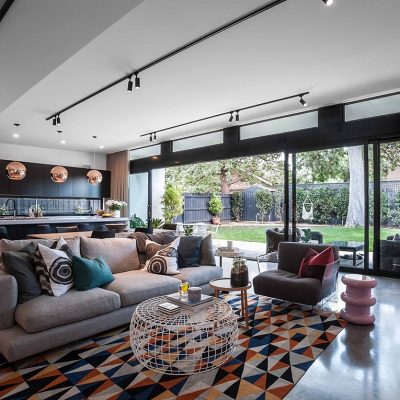 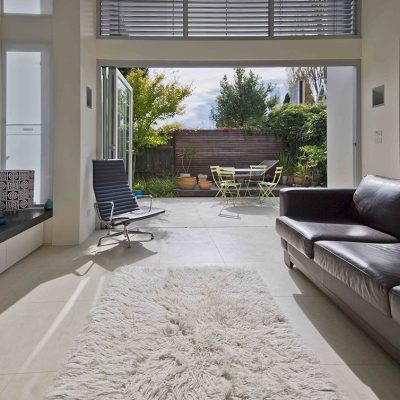